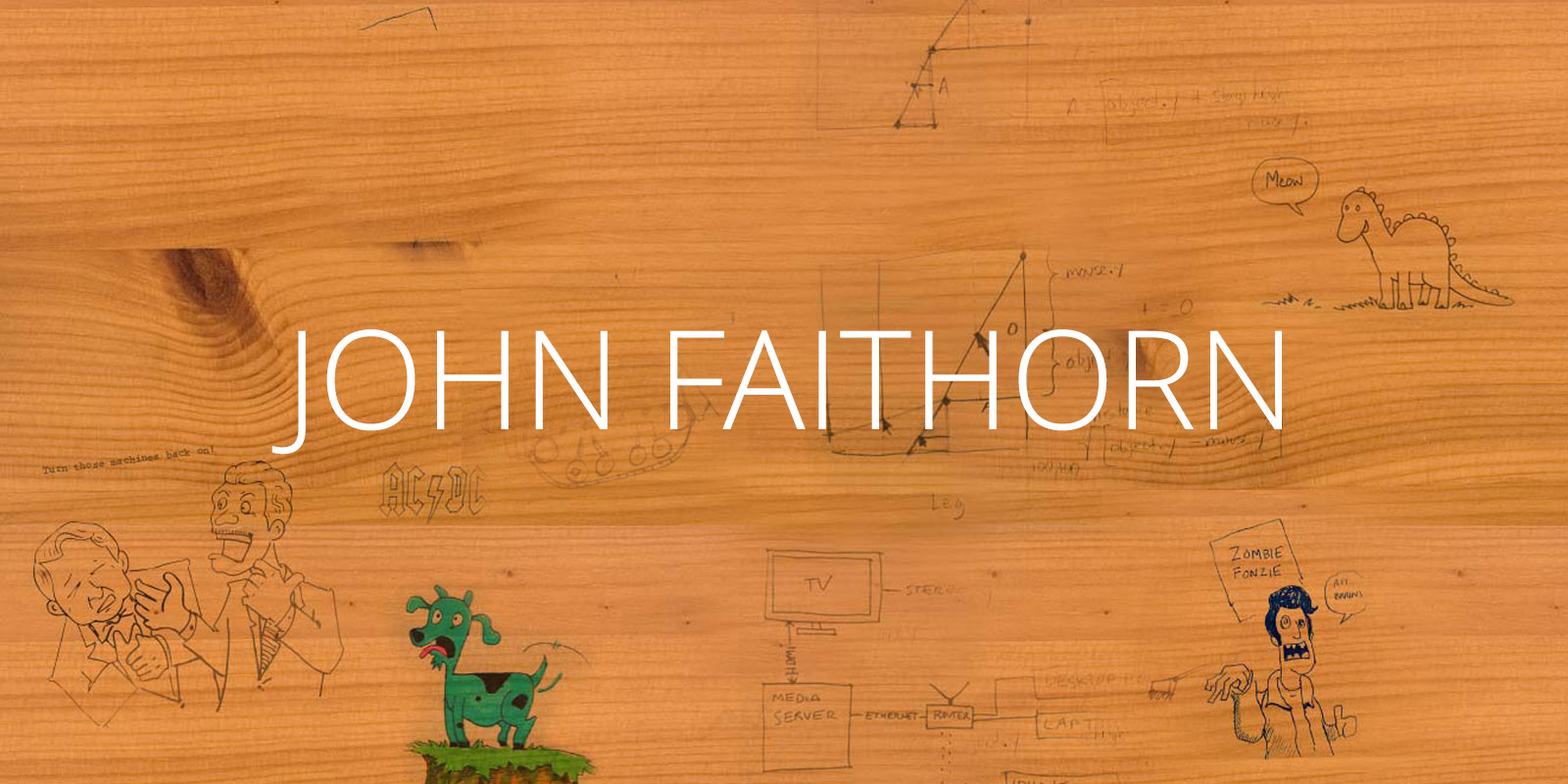 As a kid I used to doodle a lot. My parents warned me that I would burn my eyes out if I didn’t sit further away from my sketchbook. I wear glasses now. Over the course of many hot summer afternoons attempting to install various Half-Life mods I discovered programming. Like sketching, programming is an enterprise befitting near-sighted, bespectacled individuals like me.

I started my professional career as a designer with Disney Interactive, where I was able to combine both of these passions. For my work using game animation to create small, bite-sized interactive pieces, I earned the nickname: “The Toymaker.”

Since departing Disney, I’ve done work for clients that include Fandango, Electronic Arts, Sega, and LG. I’ve expanded my skills to include UI design, wireframing, and high/low fidelity prototyping. Further down the stack, I’m a big fan of Python, Django, Node, and React.

Presently, I work for the marketing team of UK-based, Future Publishing as a User Experience Developer. When not at work, I’m probably in my garage listening to Van Halen, tinkering with my 3D printer, or hacking together an IoT experiment with Node and a Raspberry Pi.